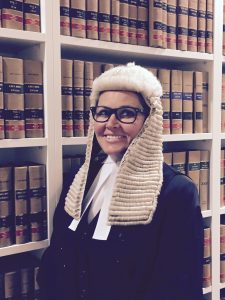 Justice Chrissa Loukas-Karlsson was appointed to the ACT’s Supreme Court earlier this year, joining a number of other judges of Hellenic origin appointed to judicial positions around Australia.

Her Honour (pictured) was sworn in on 26 March 2018 at a ceremony in Canberra before many eminent jurists, her family, colleagues in the law and both the Greek Ambassador and the Swedish Ambassador to Australia.

Her Honour’s Greek heritage was referenced many times in speeches on the day.  Justice Loukas-Karlsson traced her family’s arrival in Australia in the 1950s, remarking on the many challenges that such migrants faced in establishing a foothold.

Education was crucial in building her family’s future.

“It was a burning ambition on the part of my parents, both early feminists in their way, that my sisters and I, born in Australia, would receive the education they themselves were denied through the accidents of history and birth,” she said.

Her Honour graduated from the University of Sydney, and worked for the Aboriginal Legal Service and Legal Aid Commission.

Justice Loukas-Karlsson was appointed senior counsel in 2012, after being called to the bar in 1989.

Her Honour had experience as a Public Defender, Acting Crown Prosecutor, and appeared as counsel before the UN International Criminal Tribunal for the former Yugoslavia in The Hague.

In 2017, Justice Loukas-Karlsson won barrister of the year award from the Women Lawyers Association of NSW.

Her Honour has presented many papers both nationally and internationally.

Attorney-General of the ACT, Mr Gordon Ramsay, said her Honour’s appointment to the bench on 26 March (the day after the observance of the Greek National Day) was a fitting celebration that reflected the community’s warm embrace of multiculturalism.

Her Honour concluded by quoting Socrates, who “stated some two and a half thousand years ago that the essential qualities of a judge are to listen courteously, answer wisely, consider soberly and decide impartially.”

A full transcript of Her Honour’s swearing-in March 2018 is available from the ACT Supreme Court website.

The ACT Chapter of the Hellenic Australian Lawyers Association (HAL) hosted the Oration on 16 November 2018.

The event was generously sponsored by Meyer Vandenberg Lawyers in Canberra, and was attended by numerous members of the ACT legal fraternity.

Mal Varitimos QC, who attended the Oration, thanked Justice Chrissa Loukas-Karlsson on the evening for preparing such a scholarly and thought-provoking paper.

Papers from the event will be posted as they are available.

Her appointment was announced earlier this month, and Her Honour’s swearing-in ceremony will be at 9.30am on 26 March in the ACT Supreme Court.

President of HAL Mal Varitimos QC congratulated Ms Loukas-Karlsson on her appointment, adding to commendations from leaders of the legal fraternity throughout Australia.

“We were delighted to hear of the recent announcement that the Junior Vice-President of the NSW Bar Association, and well respected silk, is to be appointed to the ACT Supreme Court,” said Mr Varitimos.

Ms Loukas-Karlsson SC joins a number of other judges of Hellenic origin in higher courts across the nation.

Ms Loukas-Karlsson was appointed senior counsel in 2012, after being called to the bar in 1989.

She had experience working for Legal Aid, the Aboriginal Legal Service, as a Public Defender, Acting Crown Prosecutor, and appeared as counsel before the UN International Criminal Tribunal for the former Yugoslavia in the Hague.

In 2017, Ms Loukas-Karlsson won barrister of the year award from the Women Lawyers Association of NSW.

She has also presented many papers both nationally and internationally.

President of the ACT Bar Association, Ken Archer, also welcomed Ms Loukas-Karlsson’s appointment, reported in the Canberra Times as describing the new judge “a passionate and strong advocate for women in the legal profession”.

He said the numerous awards she had received “reflect the higher regard in which she is held by the legal community in Australia.”

Mr Varitimos said the appointment of Ms Loukas-Karlsson SC was well-deserved and reflected her wealth of experience, including as an Acting District Court Judge.

Chief Justice of the Australian Capital Territory, the Honourable Helen Murrell, has accepted an invitation to speak at the Rhodes Conference, further expanding on her contribution as Patron of the ACT Chapter. 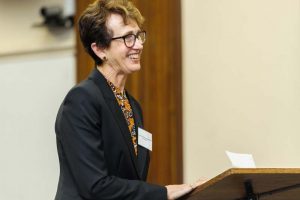 At the ACT Chapter launch of HAL, her Honour recognised the contribution of the Association as a vehicle through which its members can continue to contribute to their Hellenic communities, to the legal profession and to the broader Australian community.

Her Honour was appointed the Chief Justice of the Australian Capital Territory in 2013.

Chief Justice Murrell is the Chair of the Council of the National Judicial College of Australia, and represents the Supreme Courts of the States and Territories.

Read more about speakers at the Rhodes Conference.