Professor Ober spoke on the topic “The Origins of Social Order: self-interest, rationality and the common good”.

It was held on Monday 18 November 2019 at Sparke Helmore Lawyers, followed by a reception.

Professor Ober works on the history of institutions and on legal and political theory, with an emphasis on democracy and on the political thought and practice of the ancient Greek world.

Synopsis of The Origins of Social Order: self-interest, rationality and the common good

How can rationally self-interested persons ever manage to cooperate in ways that allow for the emergence of law and order, and thereby the consolidation of a workable society?

Is extensive cooperation in a law-based regime possible without a lawless third-party enforcer?

Thomas Hobbes raised the first question and answered the second in the negative in his great work Leviathan.

They remain at the center of contemporary work by social scientists on rationality of choice and game theory. But 2000 years before Hobbes, and 2400 years before the invention of modern choice theory, Greek philosophers raised the same hard questions and answered them very differently.

Plato’s dialogues (and other Greek texts) offer a profound theoretical exploration of the question of why cooperation is difficult, how legal order arises without a lawless sovereign, the conditions under which people may rationally agree to obey the law, and under which they will actively join in costly punishment of those who violate the rules. 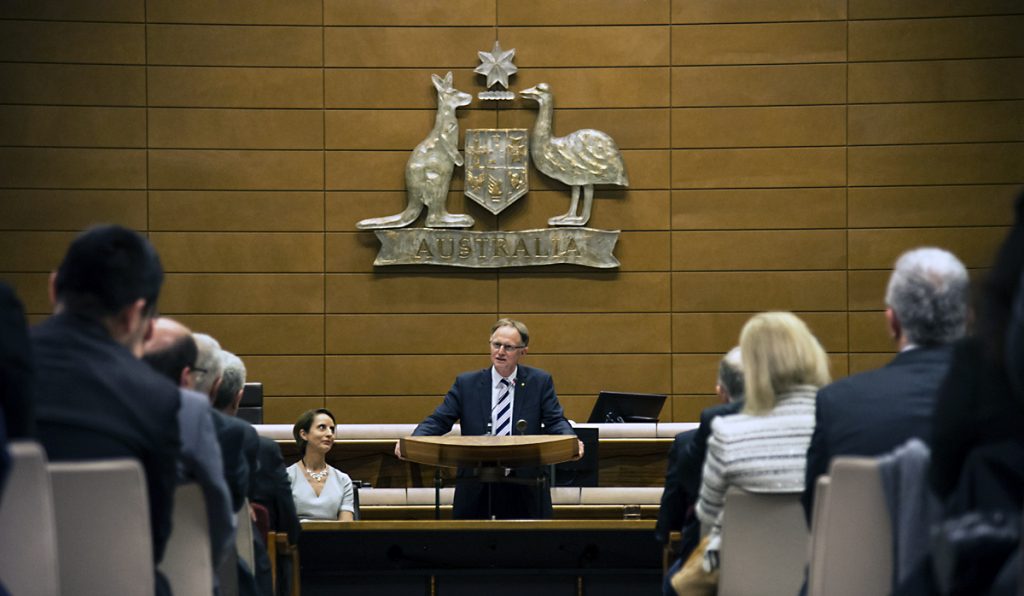 The Hon Justice Stephen Gageler AC of the High Court of Australia delivered the Oration on 20 August 2018.

A large audience of HAL members and guests enjoyed His Honour’s Oration, titled “Truth and Justice and Sheep” at the Federal Law Courts Building in Sydney.

His Honour’s paper, titled “Truth and justice and sheep“, can now be downloaded from the HAL website.

President of HAL, Mr Mal Varitimos CBE QC, speech of welcome to those at the inaugural NSW Chapter Oration, highlighting an important purpose of the Association: providing continuing legal education and the exchange of legal information.

Following the Oration guests enjoyed a Drinks Reception in the boardroom of Sparke Helmore Lawyers, who kindly sponsored the event.

The NSW Chapter Oration will be delivered by The Hon Justice Stephen Gageler AC, High Court of Australia on 20 August 2018.

Details will be confirmed closer to the date.

NSW: Welcome for Professor Alivizatos, speaking on “Authoritarian Democracy – Populism, Human Rights and the Rule of Law in Europe. Recent Developments from a Greek Perspective” 27 June 2017 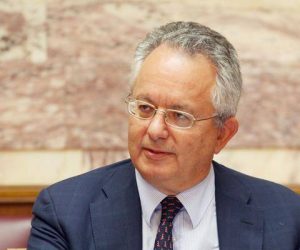 Members and guests of the NSW Chapter of the Hellenic Australian Lawyers Association were privileged to hear a lecture from Professor Nicos C. Alivizatos, Professor of Law at the University of Athens, speaking on “Authoritarian Democracy – Populism, Human Rights and the Rule of Law in Europe. Recent Developments from a Greek Perspective”.

As NSW Chief Justice The Honourable Tom Bathurst AC remarked in his address at the NSW Chapter launch, a core purpose of HAL is to facilitate “links and exchanges between lawyers of Greek  origin  and Philhellenic lawyers both in Australia and around the world, with a view to fostering  friendship,   trade,   cultural   and   educational   exchange”.

Professor Alivizatos’s visit and lecture added to the Hellenic community’s consistent civic contribution to Australian society, enriched by the unique experiences that people from other countries and cultures bring to our shores.

The NSW Chapter also, in October 2017, held a members’ event at the Hellenic Club at which they hosted delegates of Hellenic origin attending the International Bar Association conference in Sydney.

Pictures of the Event 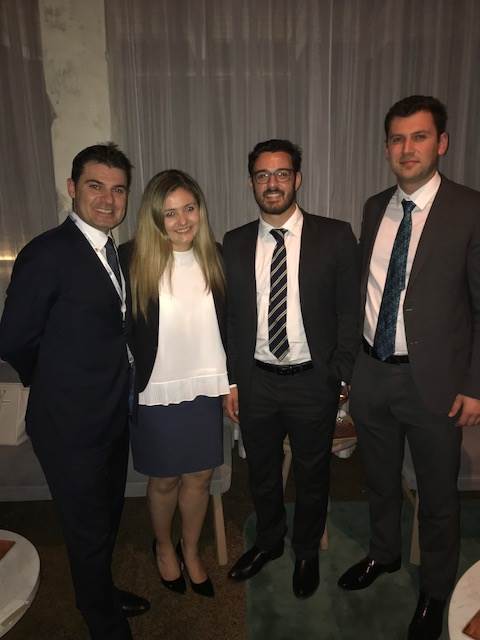