HAL members are invited to attend the Oration, to be held from 5:15PM for 5:30PM on Wednesday 20 July 2022 at Court One, (old Supreme Court), Stirling Gardens, corner Barrack Street and St. Georges Terrace, Perth.

Reserve your in-person place at the Oration via Trybooking

Canapes and drinks will be served after the Oration in the foyer of the building.

The Oration will also be streamed online. Register below and you will be sent a link to view the Oration closer to the date. 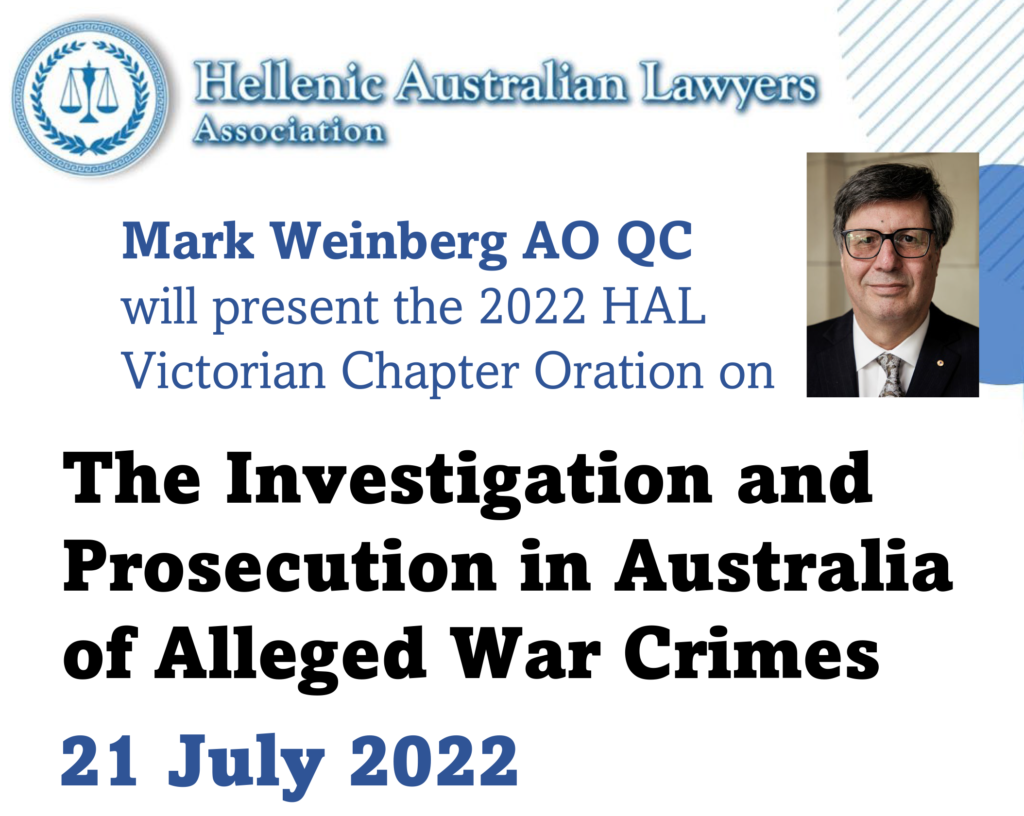 This year’s Oration topic is “The Investigation and Prosecution in Australia of Alleged War Crimes”.

Drinks & finger food will be served from 5.30pm.

It will be held at Madgwicks Lawyers Level 6, 140 William Street, Melbourne VIC 3000.

If you are not a member of HAL, or your membership has lapsed, then this is your opportunity to sign up, or renew your membership, to enable you to attend this exclusive event.