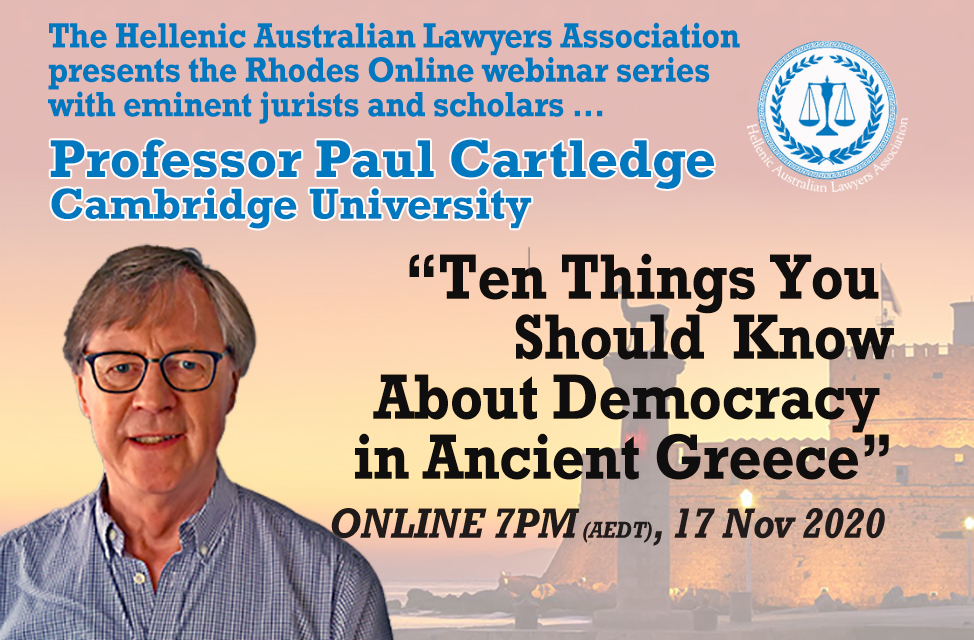 The Hellenic Australian Lawyers Association announces that Professor Paul Cartledge will hold a webinar on “Ten Things You Should Know About Democracy in Ancient Greece” to be delivered 7pm (AEDT) Tuesday 17 November.

Register for this Rhodes Online Webinar

If you have registered to attend the webinar on 17 November and experience any issues joining it, please contact Conference Design via email email or by calling +61 (3) 6231 2999.