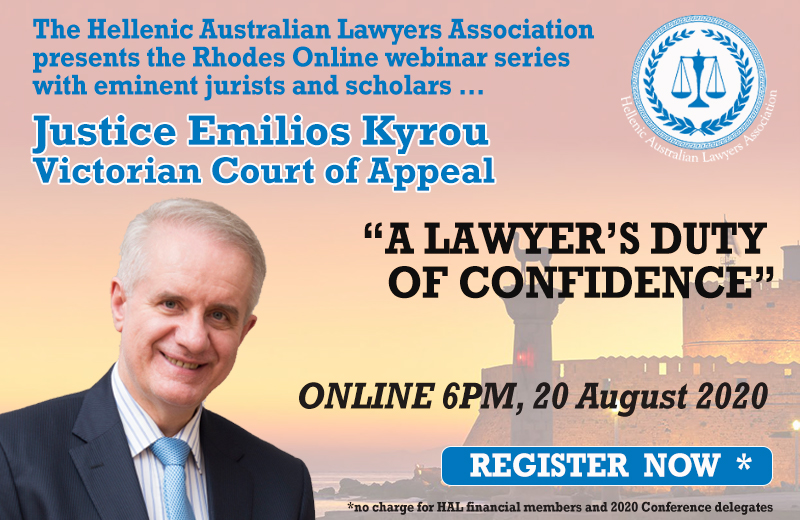 The Hellenic Australian Lawyers Association announces that Justice Emilios Kyrou will hold a webinar on “A Lawyer’s Duty of Confidence” to be delivered 6pm (AEST) Thursday 20 August.

Justice Emilios Kyrou is a Judge of Appeal of the Supreme Court of Victoria.

He was appointed to that position in July 2014 after serving as a trial Judge since May 2008.

Prior to his judicial appointment, Justice Kyrou was a senior litigation partner in the international legal firm that is now known as King & Wood Mallesons.

His Honour is the second practising solicitor to be appointed directly as a Justice of the Supreme Court of Victoria since it was established in 1852.

He is also the only Greek-born Justice of a superior court in Australia.

Justice Kyrou was an inaugural member of the Judicial Council on Cultural Diversity. He is the Patron of the Australian Greek Welfare Society and the Victorian Patron of the Hellenic Australian Lawyers Association.

Registration for this event has now closed.