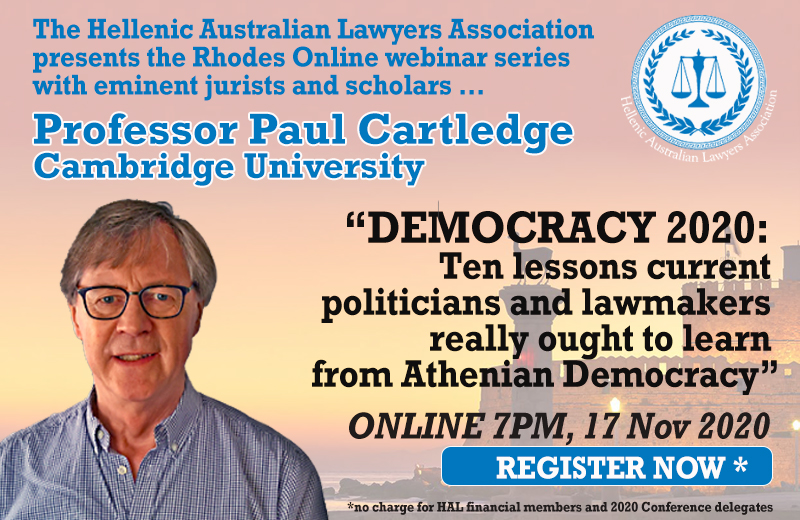 The Hellenic Australian Lawyers Association announces that Professor Paul Cartledge will hold a webinar on “Democracy 2020: Ten lessons current politicians and lawmakers really ought to learn from Athenian Democracy” to be delivered 7pm (AEDT) Tuesday 17 November.

Details on registering for the webinar will be announced in the near future.

Professor Paul Cartledge is the A.G. Leventis Professor of Greek Culture Emeritus at the University of Cambridge.