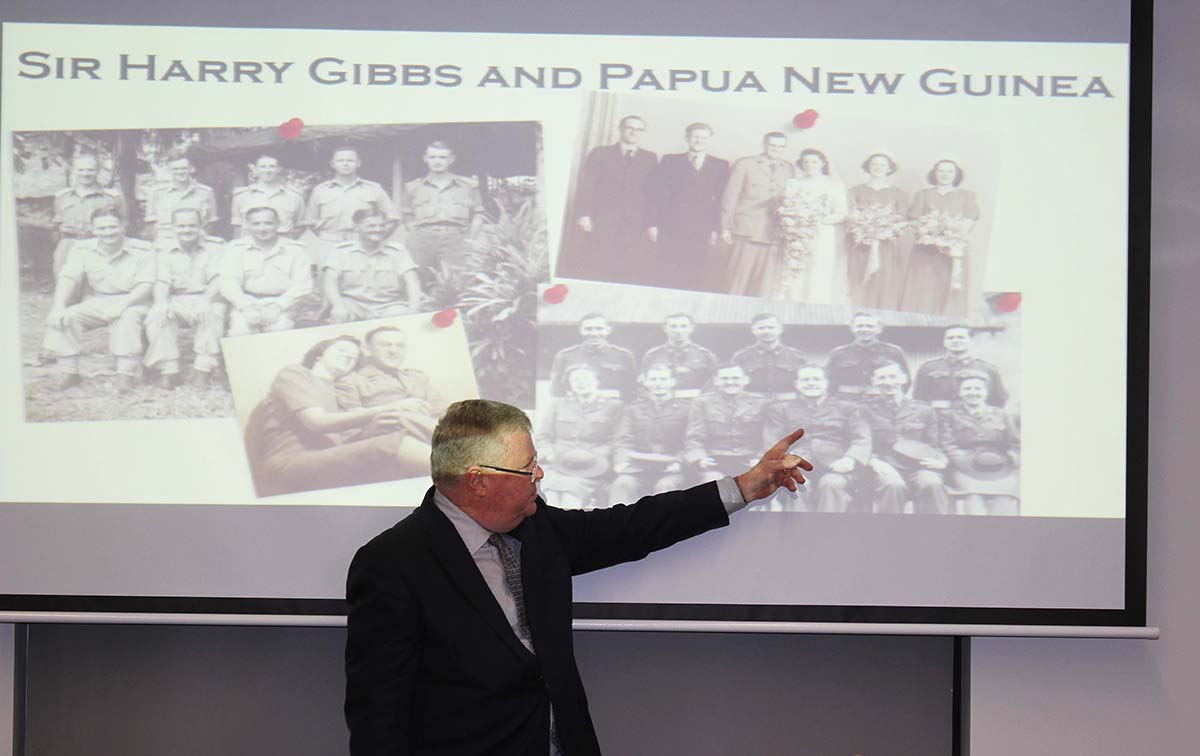 The Honourable Justice James Douglas focussed on the role that Sir Harry Gibbs played in developing the legal and constitutional framework of Papua New Guinea in an address to HAL members at the Queensland Supreme Court Library on 15 March, 2019.

He spoke in detail of Sir Harry’s activities in the then-territory of Papua New Guinea during World War 2, where he served as an army legal and staff officer.

The Judge’s speech, “Sir Harry Gibbs and Papua New Guinea” can be downloaded, as well as an accompanying powerpoint presentation featuring photographs and images from Sir Harry’s time in PNG.

The Hon. Justice James Douglas was once an Associate to Sir Harry Gibbs, and provided a rare insight into one of Australia’s most celebrated judicial figures.

He also shared one of Sir Harry’s lesser-known writings, where he compared his PNG working environment to a famous poem, “To His Coy Mistress”.

A collection of decorations and medals awarded to Sir Harry Gibbs is also on display in the Supreme Court Library.

Speeches from the Event

Those interested can become a member of HAL or renew their membership.