VIC: Chapter Oration by Professor Josiah Ober – “Lessons from the ancient Greeks on relations between States – the limits of rational behaviour” – 28 Nov 2019 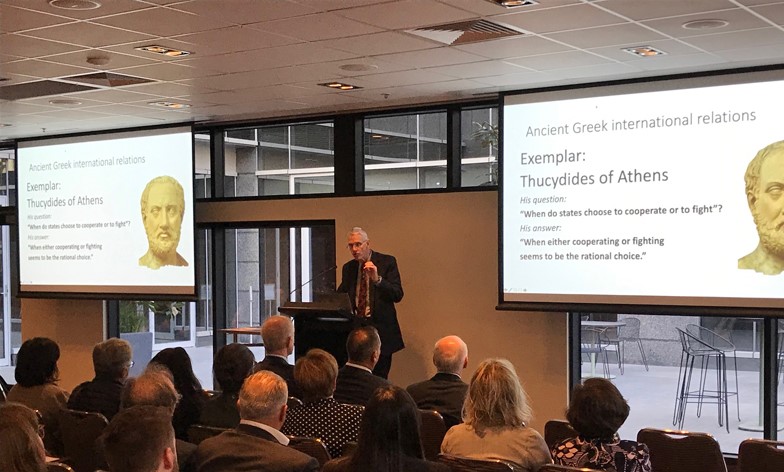 Professor Ober addressed the topic “Lessons from the ancient Greeks on relations between States – the limits of rational behaviour”.

It was held on 28 November 2019 at The RACV Club in Melbourne, and was followed by a reception.

Guests included the Patron of the Victorian Chapter of HAL, the Honourable Emilios Kyrou, Justice of Appeal, Supreme Court of Victoria, as well as members of the Victorian legal fraternity, and representatives of HAL from other state chapters.